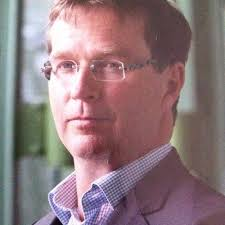 Department of Pharmacology and Toxicology, NUTRIM School of Nutrition and Translational Research in Metabolism, Faculty of Health Medicine and Life Sciences (FHML), Maastricht University, The Netherlands.

Prof Opperhuizen studied Chemistry at the University of Amsterdam, The Netherlands, and finished with a MSci in Environmental and Toxicological Chemistry in 1981. In Parallel he studied economics at the same university. From 1981, he worked as a staff member at the department of Analytical and Environmental Chemistry at the University of Amsterdam and based on the research conducted he obtained his PhD in 1986 in the field of Environmental and Toxicological Chemistry. Until 1988 he continued his academic career at the same university until he received a major grant from the Royal Dutch Academy of Sciences, and moved the Research Institute of Toxicology at the University of Utrecht. In 1991, he left the university and moved to the government. From 1992 until 1996 he was head of environmental, ecotoxicological and chemical research of the National Institute for Coastal and Marine Research of the Ministry of Transport and Water Management. He continued his career at the National Institute for Public Health and the Environment (RIVM) in Bilthoven where he initially became head of research in the field of toxicology and genetics. Consecutively immunology, pathology and nutrition were added to his field or risk assessment research. During his entire career he combined his knowledge of toxicology and risk assessment with knowledge gained from behavioural economics, particularly decision models, mental models, society dynamics, utility optimization and also marketing. This generated the foundation of his innovative research in the field risk communication.

At the Netherlands food and consumer product safety authority, Prof Opperhuizen is the director of the Office of Risk Assessment & Research. This Office is responsible for carrying out a special Act called Wet Onafhankelijke Risicobeoordeling NVWA (Independent Risk Assessment Act). Based on this act, he has the mandate and the obligation to carry out research to underpin risk assessment about emerging risk issues. As the Act requires full independence of the Office activities, all research carried out by Prof Opperhuizen is fully financed by the Office of Risk Assessment & Research. The outcome of the research is always published in the scientific literature, and the results of the studies are disclosed and in principle be used for risk assessments of the Office. In all studies the academic rules about scientific values and integrity are respected. The scientific procedures will be monitored by a curatorium at the Maastricht University, and the independence and scientific quality of the risk assessments are evaluated by a supervisory board as described in the Independent Risk Assessment Act.

Prof Opperhuizen has more than 40 years of senior experience in environmental and life sciences research, academic education, heading research departments of governmental organizations, and provided advice to a sweep of ministries, ranging ministry of environment, water management, infrastructure, agriculture, public health, social affairs. He published over 200 papers in peer-reviewed journals and was responsible for over 300 risk assessments, reports and advices. Besides, he has long career in international advisory bodies. Since 2000 he is advisor of the World Health Organization in the field of Tobacco related diseases, and has been involved as scientific advisor in the negotiations of the Framework Convention on Tobacco Control. This international treaty provides the foundations for Tobacco Control Acts in countries world wide. At the moment he is member of the WHO Scientific Study Group on tobacco Control (TOBREG). In parallel he was one of the founders of the WHO Tobacco Laboraties Network of governmental tobacco laboratories world wide. Between 2010 and 2017 he was Chair of this global organisation. Since 2012, when Prof Opperhuizen moved to the Office of Risk Assessment & Research, he became Dutch representative in the European Food Safety Authority.