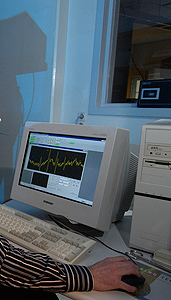 At the department of Pharmacology & Toxicology, a multidisciplinary team of biologists, chemists, pharmacologists and toxicologists is working together to study the role of redox processes in drug toxicity and in pathologies of the lung, the cardiovascular system, the gut and the liver. The balance between oxidants and anti-oxidants is often disturbed in chronic diseases, such as Chronic Obstructive Pulmonary Disease (COPD), Non-alcoholic steatohepatitis or ulcerative colitis. In all these diseases, there is an elevated generation of oxidants (reactive oxygen species), which can be counteracted by increased usage of enzymatic and non-enzymatic antioxidants. However, it is now also clear that some oxidants, like hydrogen peroxide, play an important role as signaling molecules, even in healthy cells. We are interested in the nature of redox alterations that accompany chronic inflammation and chronic diseases, and how imbalances in redox regulation can be restored by therapeutic or dietary interventions.

Some examples of the current projects are: